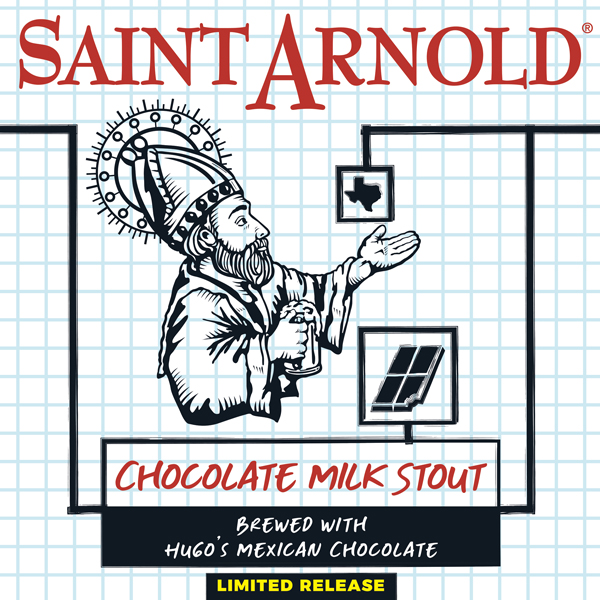 This limited release beer is brewed with Hugo’s Mexican chocolate.

Since we opened our Beer Garden & Restaurant in July 2018, we’ve enjoyed the freedom to brew smaller batches for limited releases. It’s allowed us to experiment with new styles and revisit a few of our favorite recipes.

One such favorite – Chocolate Milk Stout – was previously released three years ago as part of our Icon series. We rebrewed it for our Beer Garden, and it is the first beer packaged in six packs specifically for to go purchase (our to go beer cooler is inside the restaurant, in the merch area). Rebrewing this beer also gave us a chance to reunite with our friend, one of Houston’s great chefs (and James Beard Award winner!), Chef Hugo Ortega.

Chocolate Milk Stout uses Hugo’s Mexican chocolate. Chocolate dominates, with notes of toffee, stone fruit, and cinnamon. Sweetness is balanced by the hop and roast bitterness. A medium body and creamy mouthfeel leads to a surprisingly crisp finish. This beer comes in at 5.6% ABV.